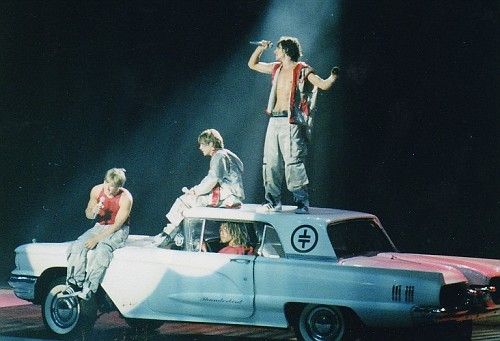 The Nobody Else Tour was a concert tour by British boyband Take That. Lasting from April to October 1995, the tour consisted of 31 dates across the UK, Australia, Thailand, Singapore, and Japan.[1] It was the first tour the band did after the departure of Robbie Williams. Robbie left after European tour in July 1995 and the band continued the UK leg of the tour as four-piece band. The UK shows were brand new, whereas the European tour had still same choreography’s and costumes from groups Pops Tour last year.