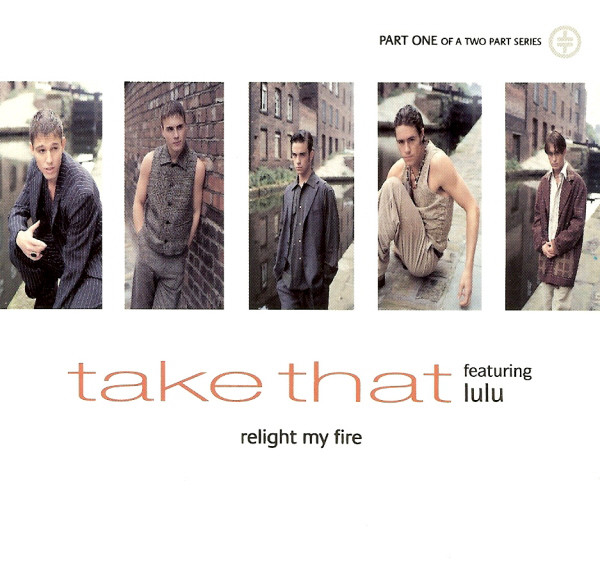 “Relight My Fire” by Dan Hartman was revived in 1993 by Take That and featured guest vocals from Lulu reprising the Holloway role. The second of the band’s eleven number-one hits, it topped the UK singles chart for two weeks in October 1993. It was the first number-one single for Lulu and at the time broke the record between an act’s chart debut and their reaching number one on the UK Singles Chart, happening 29 years 148 days after her debut with Shout in 1964. The band performed the Dan Hartman version when on the Nobody Else Tour, with each member introduced at different parts of the intro.