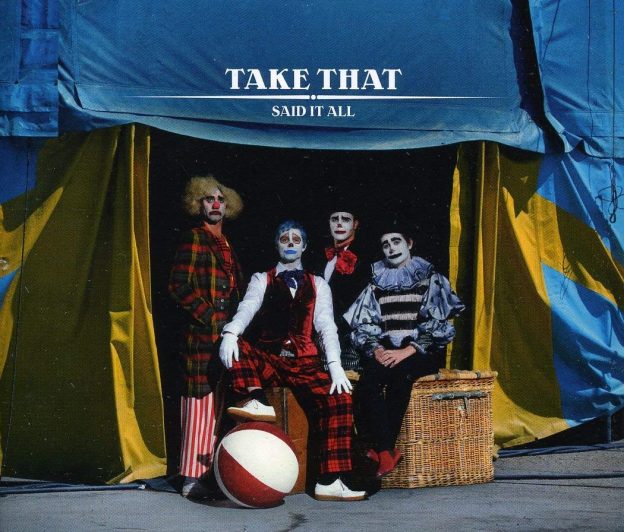 “Said It All” is the fourth single from British group Take That to be taken from their fifth studio album, The Circus. The single was released in the UK on 15 June 2009, where it peaked at number 9 on the UK Singles Chart. “Said It All” was written by band members Gary Barlow, Jason Orange, Howard Donald and Mark Owen, and Steve Robson. It was released on June 15, 2009 in the UK. It features Gary Barlow and Mark Owen on lead vocals. The B-Side ‘Throwing Stones’ has Mark Owen take the lead vocals. The single entered the UK Singles Chart at number 74 based on downloads alone, two weeks before the physical release date. “Said It All” peaked at number 9 in its third week on the chart, becoming the band’s 18th top 10 single in the UK. In Ireland the song peaked at number 17 the week of the single’s release date.