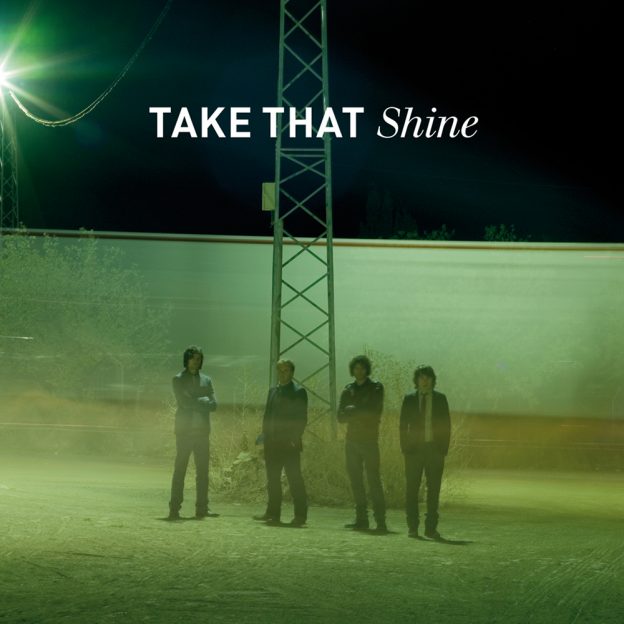 “Shine” is the second single taken from Take That’s comeback album Beautiful World. “Shine” was released on 26 February 2007 and features lead vocals by Mark Owen. A ‘live’ version was recorded at a session with BBC Radio 2, and appears on the CD singles of “I’d Wait for Life” and “Reach Out”. It became Take That’s sixth consecutive number one single and their tenth number one overall, making them one of only seven acts in the history of the UK charts to have more than nine number one hits. The song went on to win the British single of the year award at the 2008 BRIT Awards. It also won Most Performed Work at the Ivor Novello Awards. The single entered the UK Singles Chart at #84, and made its official debut to the charts at #30 the following week, three weeks before its physical release. It reached number one on 4 March 2007, staying two weeks at the top. The single peaked at number two on the download chart. During its first week at the top of the UK Singles Chart, the single rose from #20 to #2 on the Irish Singles Chart.