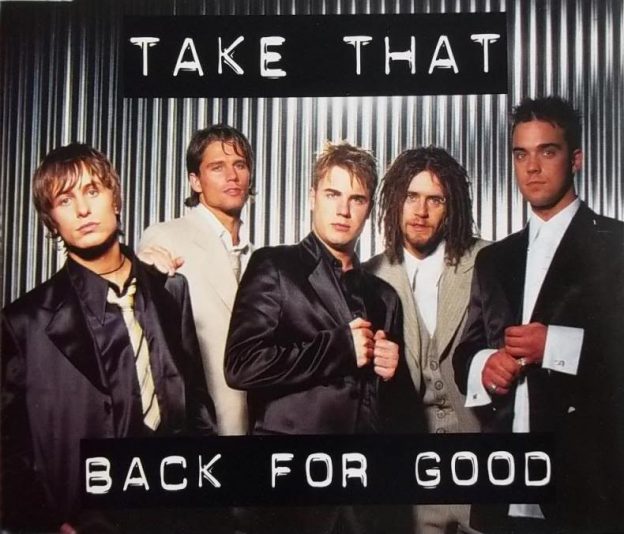 “Back for Good” is a song by the British pop group Take That and written by Gary Barlow. Unveiled at the 1995 BRIT Awards, it was released in 1995 as the second single from the band’s third studio album, Nobody Else and achieved great success in many countries, including Australia, Canada, Denmark, Germany, Ireland, Norway, Spain and the UK where it topped the charts. The song went on to reach number one in over 31 countries and number 7 in the US.