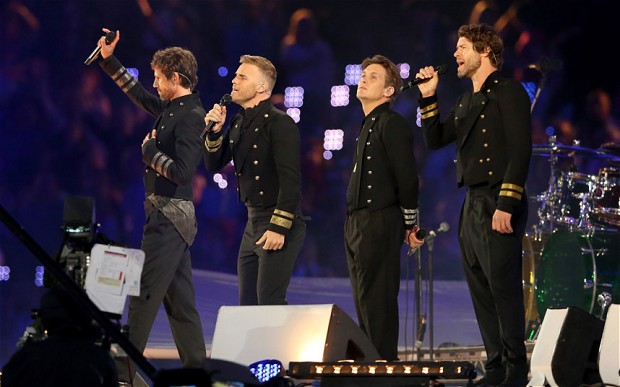 Take That performed Rule The World to headline the Olympics 2012 Closing Ceremony. The performance was planned as part of a stunning finale, during which a stunning 20-metre wide phoenix appeared to rise from the dying embers of the Olympic flame and hover above the stadium and ballerina Darcey Bussell flew down from the roof of the stadium wearing orange wings. Wearing black and gold military-style outfits, Gary, Mark, Jason and Howard took to the centre of the stadium without fifth band mate Robbie Williams who was in the U.S. with his pregnant wife Ayda Field.

The finale of their incredible
30th year celebrations