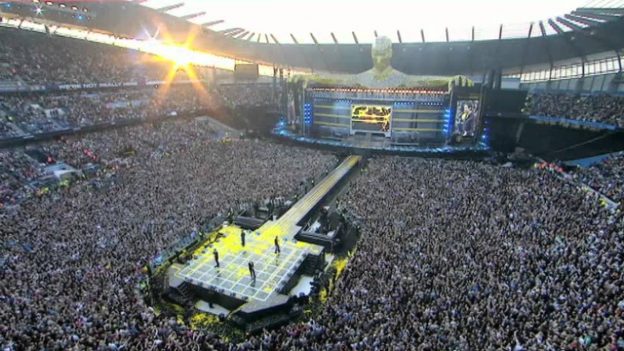 ‘Progress Live’ was the band’s eighth concert tour which supported their album ‘Progress’. It was the first tour to feature all five original members performing together in 15 years and the final tour to feature Jason Orange and Robbie Williams. The tour managed to sell 1.34 million tickets in less than 24 hours and became the biggest tour in the United Kingdom.