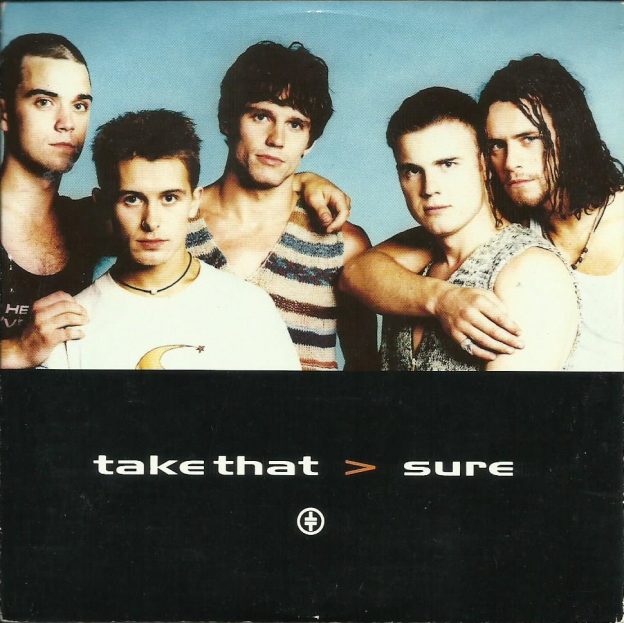 “Sure” is a song by successful British boyband Take That. It was the first release from their third album, Nobody Else. Released on 3 October 1994, it was a departure from their previous singles, having a more American, R&B sound compared to their previous, more pop/dance orientated songs. It was written by Take That’s lead singer Gary Barlow with contributions from fellow band members Robbie Williams and Mark Owen.[1] The song has received a Silver sales status certification and sold over 215,000 copies in the UK.