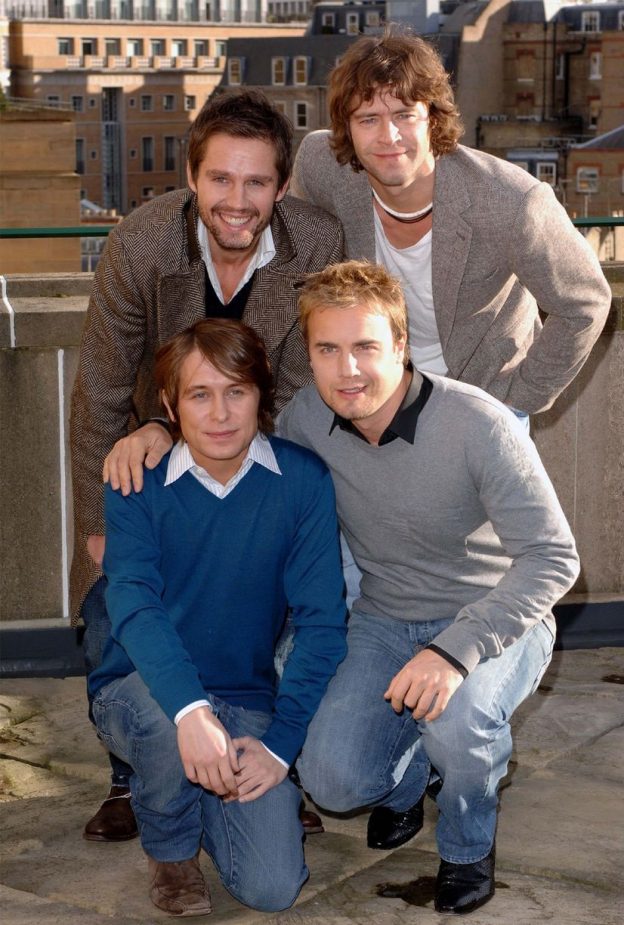 On 25 November 2005, there was an official press conference by the band announcing that the post Robbie Williams line-up were going to tour in 2006. The tour, entitled Ultimate Tour, ran from April to June 2006. The tour featured a guest appearance by British soul singer Beverley Knight, who replaced Lulu’s vocals on the song “Relight My Fire”; although Lulu did appear during the stadium shows on “Relight My Fire” and “Never Forget”. The American female ensemble Pussycat Dolls supported the group at their Dublin concert, and the Sugababes supported the group on the final five dates of the stadium leg.