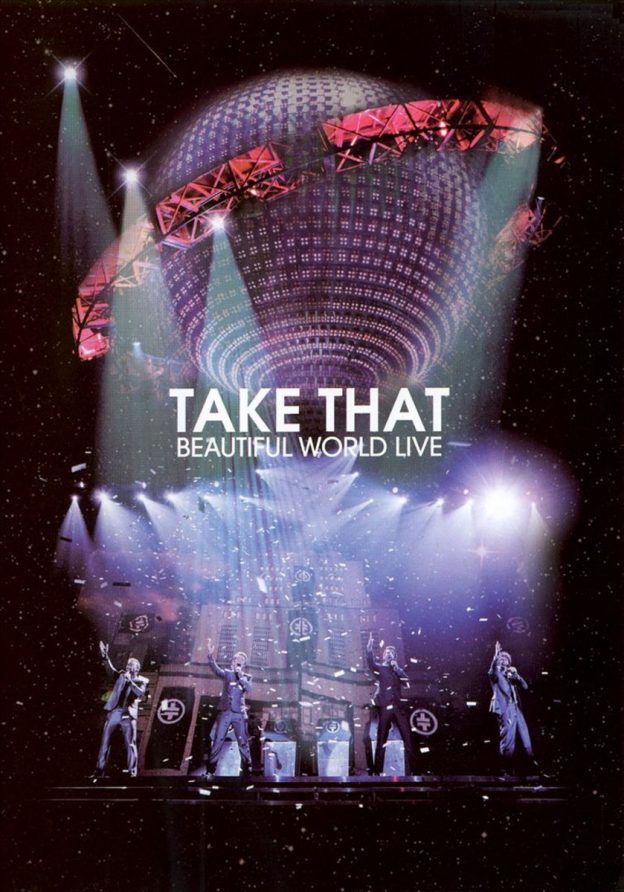 The DVD features a full length concert of Take That recorded at the O2 Arena London on December 6 and 7 2007 during the Beautiful World Tour 2007, which played to over half a million people. Released in Europe on February 25 2008 and April 8 2008 internationally, it broke sales records by becoming the fastest selling DVD in the UK, selling 64,000 copies in its first week of release. It outsold a CD. Back To Black by Amy Winehouse, the number one album that week, becoming the first time a DVD had outsold the #1 CD. The DVD remained at number one of the BBC Radio 1 Chart for a record breaking eight consecutive weeks. For the DVD, Take That won “Best Live Act” at the 2008 BRIT Awards.