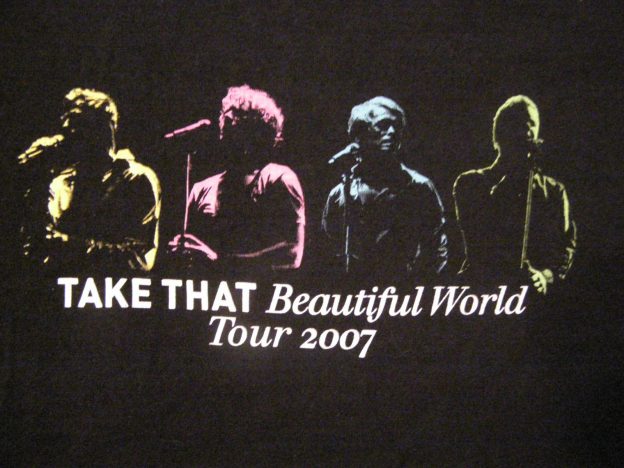 The Beautiful World Tour is the second tour from Take That after completing The Ultimate Tour in summer 2006. The show began in Belfast and ran from 11 October to 31 December 2007 and was shown in the UK and countries all over Europe. They performed 49 shows in total. It was a sellout tour and every date for the tour sold out in less than 40 minutes. The Beautiful World Tour garnered positive reviews from critics, and is to date their highest selling tour and one of the biggest tours in United Kingdom history. Support was provided by Sophie Ellis-Bextor who was present at all UK dates as the special guest, except the 31 December gig at The O2 Arena, which was advertised as Countdown to Midnight: Take That & Sugababes, with the Sugababes taking to the stage at 11:15 pm for 25 minutes and Take That performing for 55 minutes, from 11:50 pm. Each night a member of Take That chose an unsigned band/artist to support.