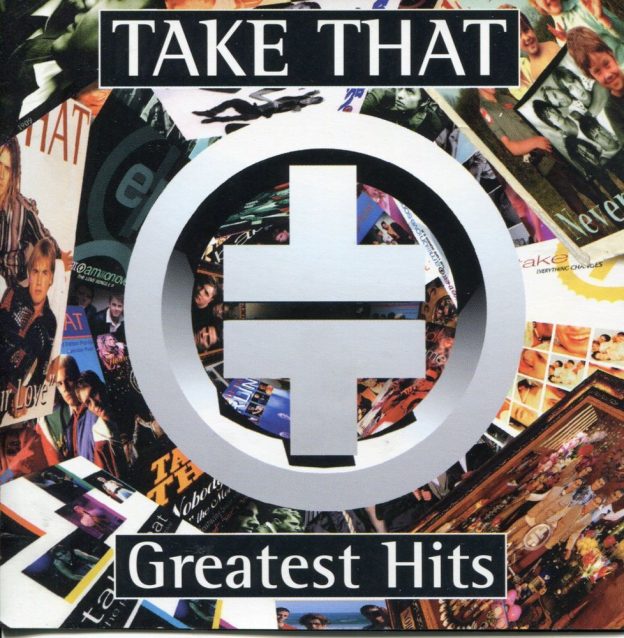 Greatest Hits is the first greatest hits compilation album released by British boyband Take That and has sold 5 million copies to date worldwide. Following the band’s announcement that they were to split on February 13, 1996, the greatest hits compilation was released through RCA Records on March 4, 1996, and contained their final single, cover of the Bee Gees’ “How Deep Is Your Love”, which became their final number one hit on the UK Singles Chart before their reunion in 2005. The album reached number one in the UK, Ireland, Germany, Spain, Austria, Denmark and Holland. The compilation was again re-released in 1998 and 2004. The album was the 8th best selling of 1996 in the UK, and has been certified as 3x Platinum in the UK. The album re-entered the Irish albums chart after Take That performed the Irish leg of their Circus Tour on June 13, 2009, in Dublin. The album also returned on the Danish album charts in 2011 at number eleven after the bands Danish leg of their Progress Live tour.