LIVE AT THE INDUSTRY TRUST AWARDS 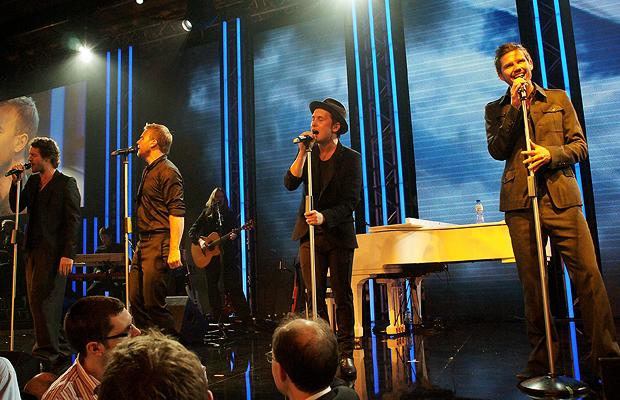 In November the band performed as a five piece at a prestigious music industry bash where the Prince of Wales paid tribute to Gary Barlow. Sir Elton John presented Barlow with the Music Industry Trust Award. In a video message recorded before he embarked on his tour of Australia, New Zealand and Papua New Guinea, the Prince of Wales commended Barlow on his charitable endeavours, “not only for my Prince’s Trust and the Queen’s Diamond Jubilee, but also for Comic Relief, Children In Need and many more”.

He said: “Over the past 25 years, you have become one of the great stars of the British music industry and you are the very embodiment of that rare species, ‘a national treasure”‘.