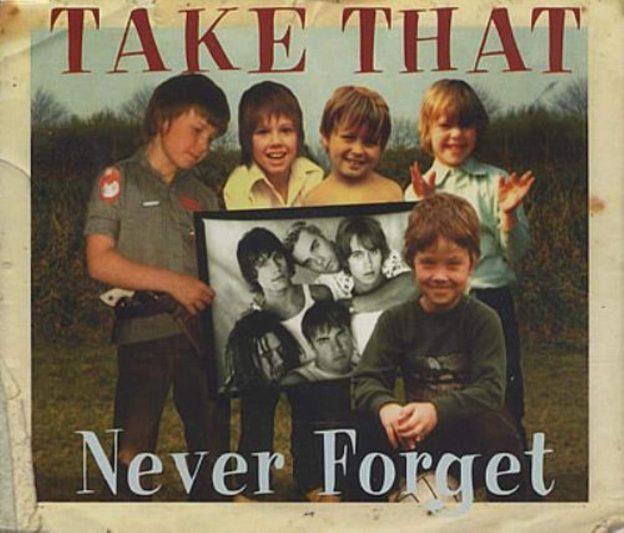 “Never Forget” is a 1995 song recorded by Take That, from the album Nobody Else. It was released on 24 July 1995, and achieved success in many countries, including the UK, Spain and Ireland where it topped the singles chart. The song was written by Gary Barlow and sung mostly by Howard Donald. The opening of the song is taken from Verdi’s Requiem. It was released on 24 July 1995 and reached #1 in the UK chart, as the band’s 7th number one single. The song remained at number one for three weeks in the UK charts. It was also the sixth track on the band’s 1995 album Nobody Else. It was voted #4 in NME’s “Top 50 Boyband Records” chart in September 2005. Robbie Williams left the band during the promotion of this song. The song sold over 425,000 copies in the UK and has received a Gold sales status certification.