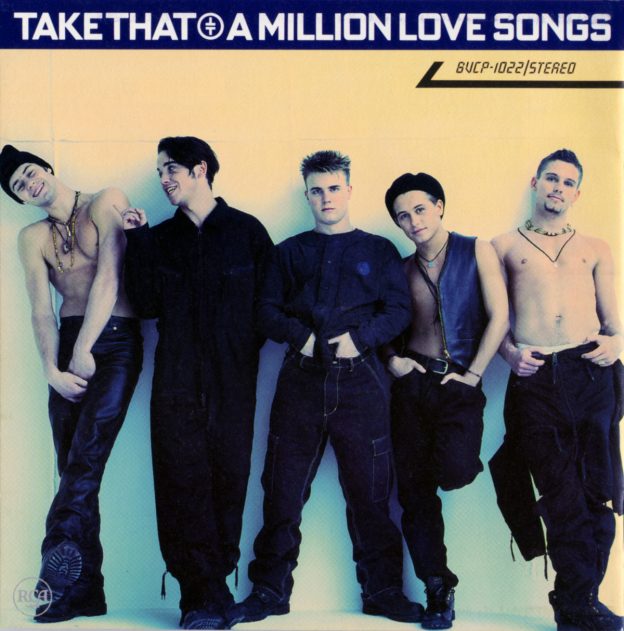 “A Million Love Songs” is the penultimate single released by Take That from their debut album and was written by lead vocalist Gary Barlow. Written by Gary Barlow at the age of 15, it was released as the sixth single from their debut album, Take That and Party, peaking at number 7 in the UK Singles Chart. The two primary instruments are piano, played by Barlow, with a saxophone in the bridges originally scored, performed and recorded by Snake Davis. Take That’s longtime saxophonist and music director, Mike Stevens went on to perform these sax parts live, many of them using the extended saxophone part written by Davis, at the end of the song. In January 1993, the song entered the Dutch chart and peaked at #50. The song was released for airplay in the United States in September 1993, but it failed to chart.