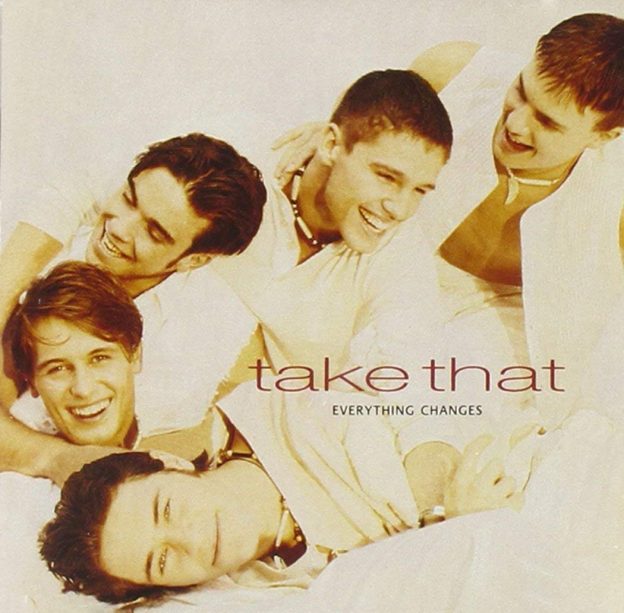 Everything Changes is the second album for British boyband Take That. It reached number one in the UK Albums Chart, and was nominated for the 1994 Mercury Prize. The album was the third best selling album of 1993 in the UK. The album reached number one in Ireland and the UK and was the bands breakthrough across Europe going top 10 in many countries and top 40 in Australia. The album has been certified as 4x Platinum in the UK. The album stayed in the top 75 of the UK Albums Chart for 78 weeks (a year and six months).