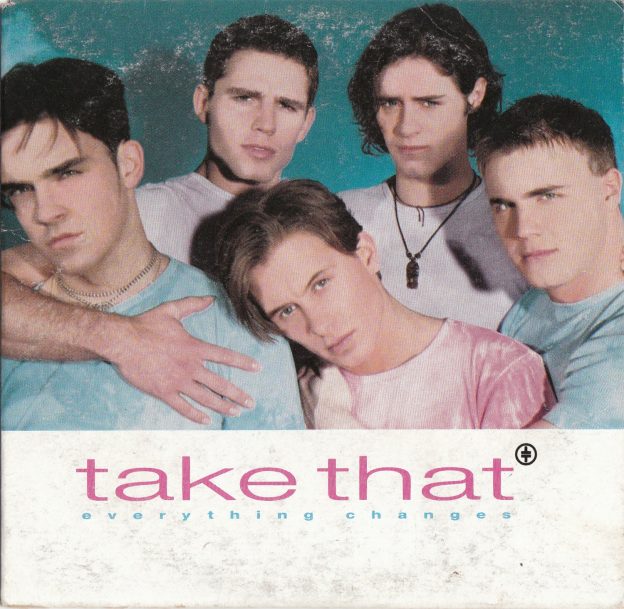 “Everything Changes” is a song by British boy band Take That. The song was the fifth single from the band’s second studio album Everything Changes. It was written by Gary Barlow, Michael Ward, Eliot Kennedy and Cary Bayliss, and it was produced by Ward. The song features Robbie Williams on lead vocals.