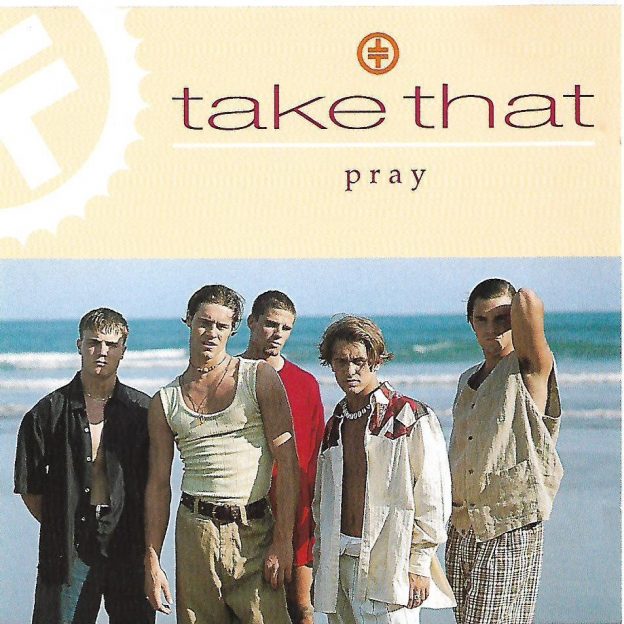 “Pray” was Written by Gary Barlow and released on July 5, 1993, it was the second single from their second album Everything Changes. It is the first of 11 singles by the band to reach number one on the UK Singles Chart, staying at number one for four weeks and starting a streak of four consecutive number one singles. The song received a Gold sales status certification and sold over 410,000 copies in the UK, won Best British Single and Best British Video at the 1994 Brit Awards, and was the finale of the Beautiful World Tour (2007).